The store will not work correctly in the case when cookies are disabled.

We use cookies to make your experience better. To comply with the new e-Privacy directive, we need to ask for your consent to set the cookies. Learn more.

First generation: Steinhauer was founded by Hendrik-Jan Steinhauer on October 21, 1933, the birthday of his son Paul. He started producing lamps in the basement of his house in Amsterdam.

1998-2002: In the years 1998-2002, when Mark took over the company, the Steinhauer team grows to 35 employee. Collection has changed to more expensive lighting. Production is fully concentrated in the Netherlands with a permanent group of 160 workers who assemble lighting. Design and development are in Apeldoorn. Components are purchased all over the world and collected in the Netherlands and then assembled entirely under Steinhauer's own management. Main countries for suppliers are Germany, Italy and Slovenia. 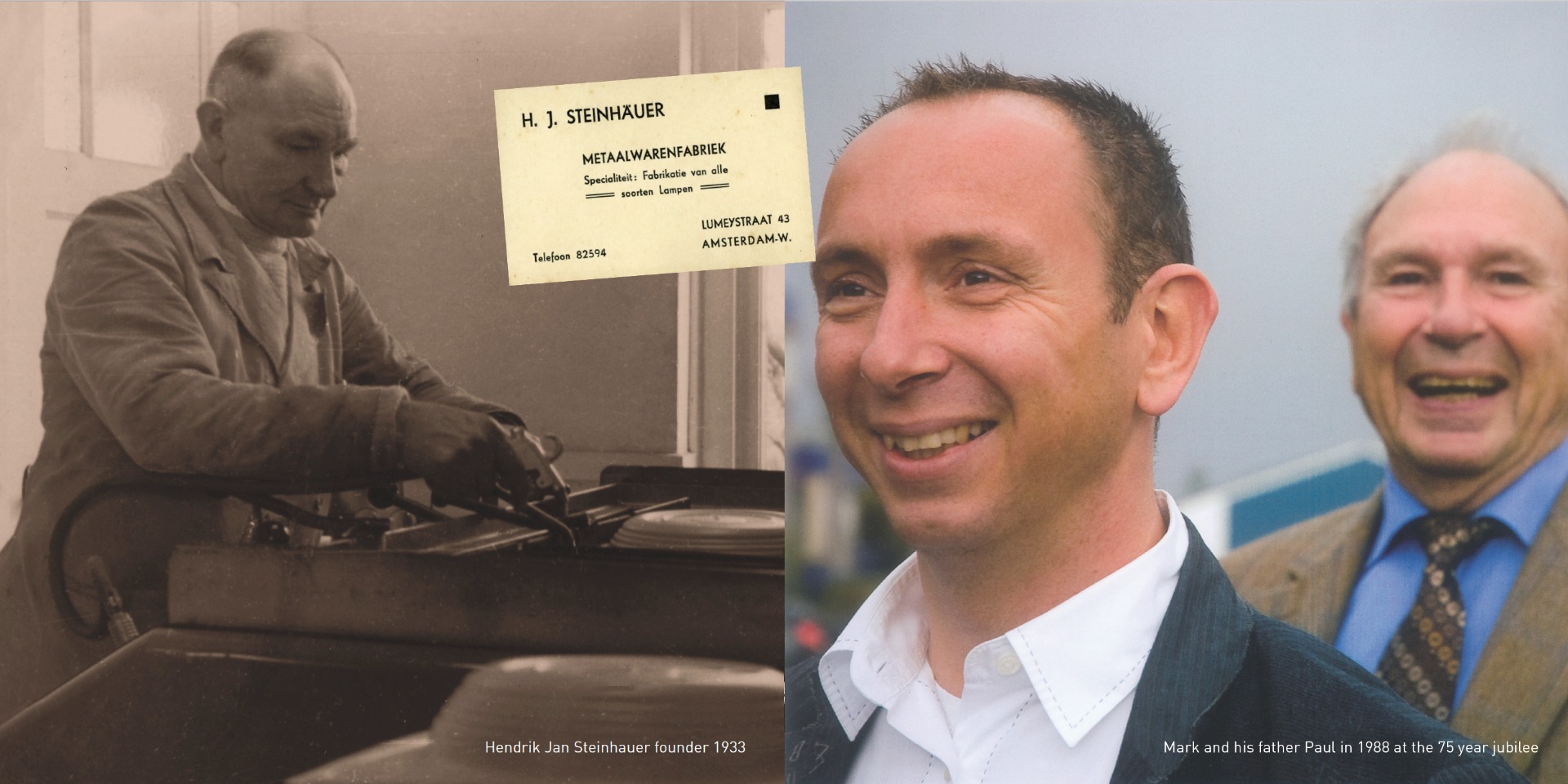 2021: Production is now concentrated in 4 partner companies in China, each with its own specialization:

Steinhauer now sells to online and offline customers in more than 24 countries. More than 60% of the total turnover is export. Also includes private label sales from China directly to customers in the US, Spain and other countries.

To this day, design and development are still completely in our own hands from Apeldoorn in the Netherlands.